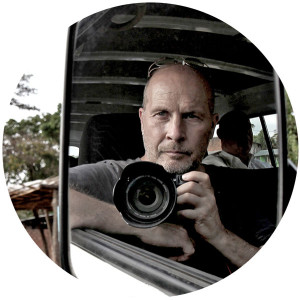 A photographer and filmmaker who lives up in the hills and mountains of Kongsberg, Norway, but works all over the world, mainly in third world countries. He has covered many conflict areas and worked for the Associated Press, SIPA, LA Times as well as numerous Scandinavian newspapers and magazines and contributed to several books. Today most of his work is for humanitarian organizations ranging from conflict areas and refugees to neglected children, poverty and health issues. Social and political issues, nature and climate change are also guaranteed to get his attention.

A lifelong passion for music. Bo has photographed and filmed bands and musicians for many years. He has also made several music videos (Rival Sons).

Jørn has worked for 15 years in the tv- and movie business as a producer, cinematographer and director. He has experience from both Norwegian and foreign productions and companies, with credits that also include screen writing and editing jobs. His work includes numerous documentaries shown on NRK, the Norwegian National Broadcasting, corporate films, international DVD releases and music videos that have been part of the official program at the Norwegian shortfilm festival.

Jørn got his film and TV education at UNITEC in Auckland, New Zealand and 2 years film-sound at Norsk Lydskole in Oslo, Norway. Jørn now resides in charming Kongsberg, Norway.

Espen has been on the board of jazz-, rock- and blues unions both locally and nationally and is head of Europas Bluessenter – the European Blues Center – in Notodden.